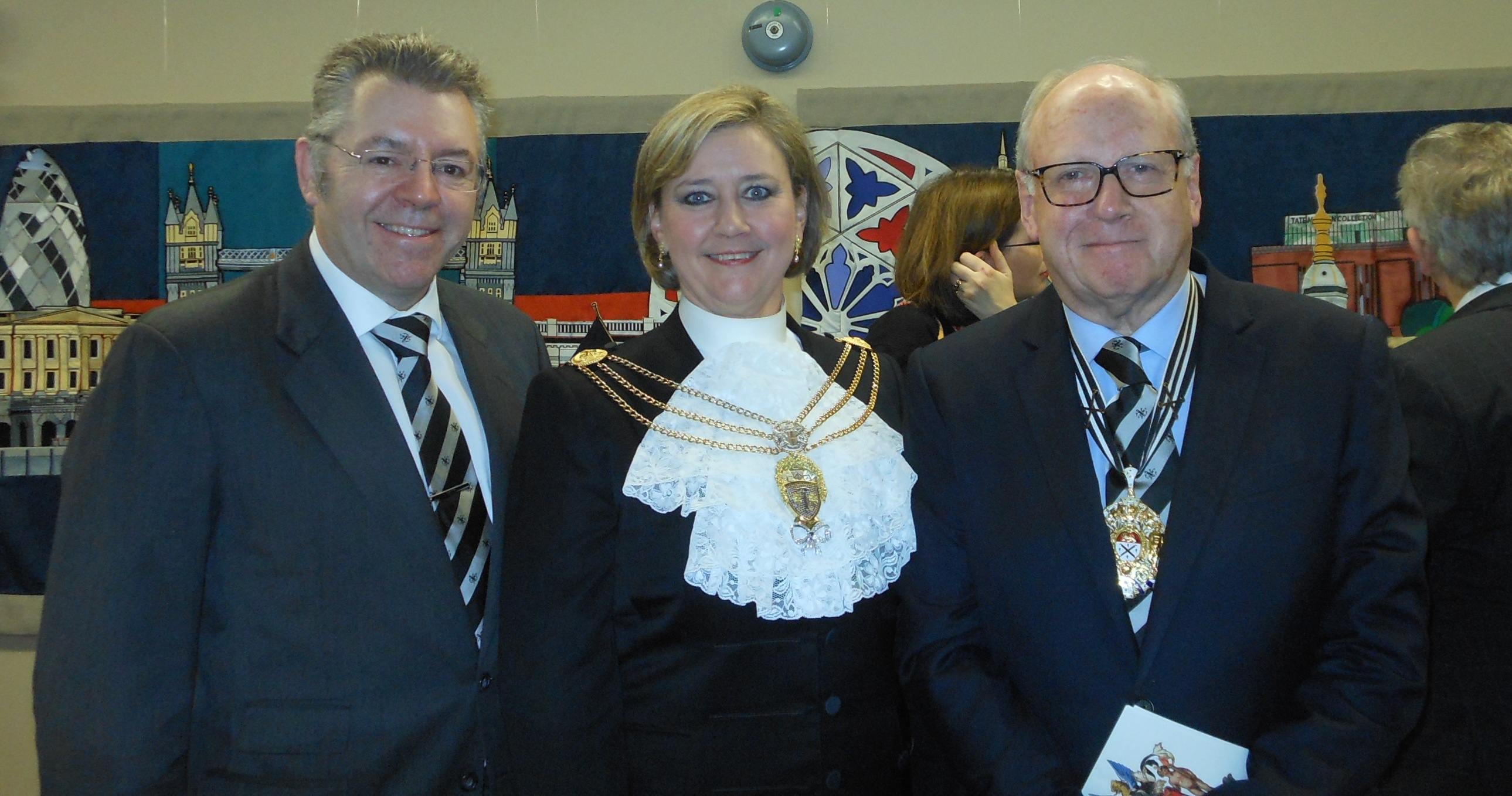 The Worshipful Company of Glaziers & Painters of Glass. 26 January 2016

David Stringer-Lamarre, a Court Member of the Glaziers, was very pleased to attend this opening reception.

The Guildhall Library in Aldermanbury has an exhibition space which is let out to City institutions on an occasional basis and has been granted to the Glaziers’ Company for the period 25th January to 25th March 2016. There is an eclectic selection of items which illustrate not only the history of the Company but also emphasise its current activities in support of the Craft in the 21st century.

The welcome speech was given by the Master Glazier Duncan Gee who provided a background to the company, which dates from 1328.