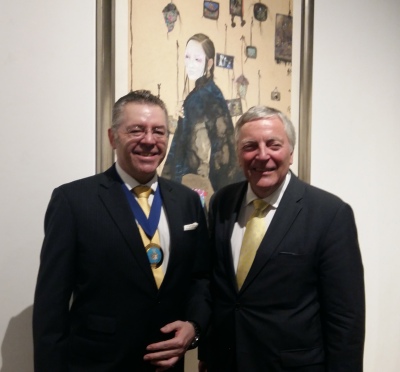 David Stringer-Lamarre, within his role as Chairman of the Institute of Directors, City of London, was pleased to attend this exhibition held in the Mall Galleries, The Mall, London.

The exhibition comprised the highlights of the Beijing International Art Biennale 2003 – 2015.

HE Liu Xiaoming, the Ambassador of the People’s Republic of China make an opening speech. This was responded to by Lord Tim Clement Jones, Vice Chairman of the All Party Parliamentary China Group.