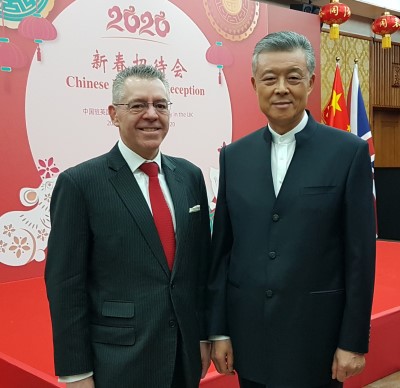 David Stringer-Lamarre, MD of FortisCL, Chairman of the Institute of Directors, London Region and a member of the 48 Group Club – The Icebreakers, was very pleased to have been invited to this celebratory event.

HE Ambassador Liu Xiaoming welcomed the guests and spoke about the year of the Rat, the strength of Anglo-Sino relations and the growing profile of Chinese New Year in the United Kingdom.

Image, right to left HE Ambassador of China, Liu Xiaoming and David Stringer-Lamarre