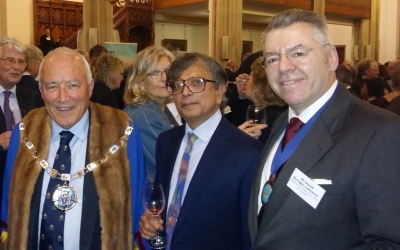 The Guildhall, London. David Stringer-Lamarre, within his role as Chairman of the Institute of Directors, City of London, was pleased to have been invited to attend this annual lecture organised by the Worshipful Company of World Traders.

Sir Simon Fraser GCMG spoke about the UK future potential relationship with the EU and other countries following the result of the Brexit referendum. The title was ‘The World is Our Oyster? Britain’s Future Trade Relationships’.