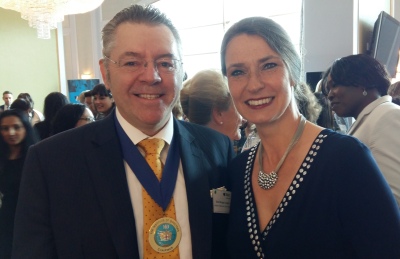 David Stringer-Lamarre, within his role as Chairman of the Institute of Directors, City of London, was pleased to attend this 20th Annual Awards for Achievement Lunch.

Janet Graham Immediate Past President made the welcoming speech, finishing my handing over to President Vivienne Artz.

A key note speech was made by Xavier Rolet, London Stock Exchange

The 4 awards and winners were: