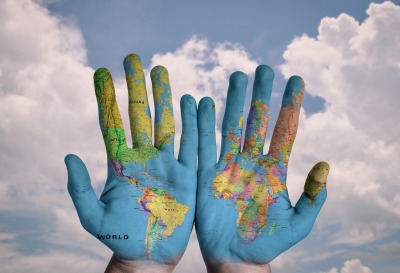 As the New Year opens and the old one ends everyone thinks in tens – ten best books, ten best movies, top ten TV programmes, ten best sporting moments among them. So what about intercultural moments? Here are my ten. You are of course at liberty to agree, disagree, add or modify.

(Barry will be delivering the Business Cultural Trainer’s Certificate course, January 28 & 29. This intensive two day course will equip attendees with the knowledge and practical knowhow to design and deliver cross-cultural training inputs. This course will appeal to people already working inside companies/organisations and those individuals looking to supply this service to companies, organisations, groups or individuals.)

A cultural shift with political consequences, the so-called populist movement of millions of people who feel left out in the advance of globalization revolted the perceived political elite in the US and UK by voting ‘the other way’ in the US Presidential election on November 8th and the UK Brexit referendum on June 23rd. The reason I place it first is that its effects may only just be beginning – on world cultural relations, on European elections and on the structure of the European Union itself.

The new age of globalisation with production, distribution and supply chain management spread around the globe with global communication accelerated by the march of the Internet and social media has heralded major changes in the culture of work as more and more people are working with nationalities they have never had to deal with before, often by remote communication media. This has emphasized as never before the importance of developing empathy with people from other cultures and focused attention once again on the importance of intercultural training as an essential part of preparation for working with new colleagues, clients and partners with different cultural backgrounds.

It’s been on the blink for about ten years but the traumatic events of the last year have revived the demand for increased border restriction and the rejection of minority religious symbolism, particularly ‘Ban the Burqa’ in France and the rejection of Minarets on mosques in Switzerland. Even in secular and secularising societies there has been a move to restrict religious cultural and social expression in public and many societies overall are becoming less tolerant of difference as a result.

The questioning of the validity of national cultural models has been around since the 60’s but the massive migrations to Europe and the increase in refugee populations in the Middle East have brought the notion of national cultural features once again under attack. How can you say the British (for example) are like this, when there are so many different communities and so many different levels and types of experience living together in the UK? To be fair most of the national model creators have recognised this variety in their work and national characteristics are a convenient starting point for identifying group cultural characteristics. However, it may be that the notion of models may be abandoned while the individual characteristics identified like, for example, Hall’s high context and low context communication, may still be useful as cultural indicators to take into account.

2016 saw the end of embargoes and the recognition of Cuba and Iran by the US government, allowing the two cultures to re-affirm their internationalism and ensure their economic development.

6 THE RE-INTEGRATION OF RUSSIA NEAR ABROAD

In 2015-2016 Russia re-integrated Crimea into Russia and supported secession by Eastern Ukraine Russian speaking separatists. Part of a campaign to extend Russian culture and political control over Russian speaking cultures in the former USSR, which may extend to other countries in 2017.

The Independent State of Iraq and the Levant (ISIL) launched a reign of terror in Iraq and Syria and acts of terrorism worldwide. An alliance of Iran and Syria supported by Russia is leading to the defeat of ISIL in Syria but raised concerns about increased acts of terrorism in other parts of the world. ISIL is seen as a Sunni revolt against Shia government dominance in both countries and in other parts of the Middle East.

We are embracing a virtual culture which will impact our ability to live in and appreciate everyday culture. Walk around a station and try to avoid the march of commuters fixated on their mobile phones. This is just the beginning. Cultural reality and virtual reality in conflict? Or is virtual reality becoming the new culture?

Trainers, teachers, training managers and HR directors need to understand the importance of understanding and incorporating the ‘culture piece’ in all their training from health and safety to project management. Understanding the mindset, communication patterns and management styles of partners, colleagues and clients from different backgrounds. If ‘Mindfulness’ and ‘Collaborative Leadership’ were training buzzwords in 2016, expect interculture to explode in 2017.

And get trained to deal with it!